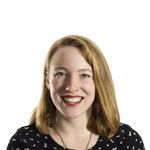 Three answers to Medicaid questions that came up during the White House budget director’s testimony before the Senate Budget Committee.

Among them: Should the Medicaid reform prescribed by the American Health Care Act and the Trump budget count as a cut? If it is in fact a cut, by how much will the federal funding for the program that provides health insurance for millions of low-income Americans be reduced? And, how did the Trump administration arrive at the savings figures it presented regarding Medicaid?

To try to answer some of these questions, Route Fifty turned to Robin Rudowitz, the associate director of the Kaiser Family Foundation’s Program on Medicaid and the Uninsured.

Are Republicans Even ‘Cutting’ Medicaid?

In several exchanges over course of his testimony, Mulvaney disputed the notion that his office, or Republican leadership in the U.S. House of Representatives, are even trying to “cut” funding to Medicaid. Instead, he argued that rather than cutting Medicaid, he and others are simply cutting its rate of growth.

So what does Rudowitz make of that logic?

“It’s just a wording issue,” she said, adding: “This is a narrative that has been tried before.”

Legislation is typically scored against the current law baseline spending set by the Congressional Budget Office. That means Congress asks what would the federal government be spending under the current law compared with what happens when you change the legislation.

“So, yes,” Rudowitz conceded, “these proposals [the AHCA and the White House budget proposal] still have increases [in Medicaid spending] but the increases over time are well below what the expected increase would be if there were no change in the law.”

Rudowitz likes to use the example of wages to illustrate what this means in a relatable way:

Bringing it back to Medicaid, Rudowitz pointed out that “Medicaid is buying services in the private market, there are no Medicaid doctors or Medicaid hospitals. So to the extent that health care costs are going up and Medicaid costs are growing slower than they would be, that’s a cut.”

To put it simply, she said, “they aren’t going to be able to afford what they otherwise could have under current law.”

How Much Is Medicaid Being Cut By?

While it may be established that the AHCA and the budget proposal are in fact cuts, there’s still some confusion over the degree to which federal funding for Medicaid would be reduced over the next 10 years if both the AHCA in its current form and the Trump budget pass.

According the CBO score, the version of the AHCA that the House passed earlier in May would diminish federal funding to Medicaid by $834 billion. But, in the Trump budget, the reduction in funding to Medicaid over a slightly different time period is $610 billion. Are those separate figures? Should those numbers be added to get the total cut?

At least one senator tried to get to the bottom of this mathematical puzzle. In one exchange, Maine Independent Angus King questioned Mulvaney over how he should interpret those estimates.

“My understanding is that those are not identical and that in fact it’s about $1.3 trillion combined,” King continued.

Although, confusingly enough, Mulvaney then goes on to say you can’t simply “add those two numbers together because there are components of those that overlap, so the total will be less than 1.4, but it depends on what the final version of the bill looks like.”

You can watch the full Medicaid portion of the exchange between King and Mulvaney here:

So the short answer is that it’s somewhere between $800 billion and $1.4 trillion—quite a range.

Again, Rudowitz has a different way of looking at this numerical debate.

“There’s been a lot of discussion about this,” she said.

“Folks are getting tripped up on not knowing the exact number. But any which way you slice that, it’s a significant reduction to current projections for the Medicaid program.”

“What we’re saying is, it could be up to $1.3 trillion.” If that’s true, it comes out to a 45 percent reduction in funding by the year 2026. And the AHCA cuts alone reduces funding for the program by 25 percent.

So no matter what, Rudowitz said, “it’s an extraordinarily large cut.”

How Did OMB Even Find That $610 Billion Figure?

Where exactly the White House budget figure for future reductions in federal Medicaid spending came from is still a bit of a mystery. Even for experts.

At one point in his testimony, Mulvaney himself didn’t seem quite so sure how they’d gotten that number. During that same exchange with Sen. King, he used a sort of phone-a-friend option and turned around to consult an off-camera aide to figure out just where that $610 billion figure had come from.

Part of the reason the background behind that figure is still unknown has to do with the unknown metric Mulvaney and his staff are using to account for the rate of future growth in Medicaid spending.

Here’s a bit of background on why that matters. Starting in 2020, one provision in the AHCA would transform Medicaid’s financing mechanism into a per capita cap. Under that system, states would be given a capped amount of per-enrollee federal funding based on the number of enrollees in specific coverage categories—the disabled, the elderly, children and adults. Spending on those groups would then be set to increase over time. That increase is tied in part to the number of enrollees that are eligible, but it’s also tied to a figure that’s meant to be indicative of how much it costs to provide Medicaid coverage.

But, what Mulvaney is saying in his testimony, and what he told reporters on a phone call on Monday, is that his office has chosen a different growth rate metric.

Responding to questioning by Sen. King, Mulvaney said: “The assumption of the growth rate in Medicaid, we dialed it down a little bit ...  from what was in the AHCA because the research that we had done during the preparation for that bill was that the actual growth rates in Medicaid were below what they have in the AHCA.”

So, basically, that means that Mulvaney and his office found an even more conservative estimate of the growth rate on which to base Medicaid spending—even though many experts say even the CPI-M growth rate is slower than the rate of growth for overall health spending.

But, Rudowitz said, “we don’t know what metric they’re using.”

“They want to grow the program at a rate that’s slower than what’s in the AHCA … we don’t know if it’s general inflation—which is less than the medical component of the CPI—but we don’t know what that $610 billion cut is based on.”

This issue brings up one element to the per capita cap system that doesn’t get as much coverage.

Rudowitz puts it this way: “Once you have a cap it’s easy to dial the cap. So Congress says, ‘We need federal savings for something else.’ You can dial it back and forth.”

Basically, a per capita cap system makes it infinitely easier for Congress to ratchet down spending by changing the growth rate any time it wants to.

As a result, state governments will be making very tough decisions over what to do about the loss of Medicaid funding, and those decisions may get even harder over time.

Quinn Libson is a Staff Correspondent for Government Executive’s Route Fifty and is based in Washington, D.C.

NEXT STORY: How a Usually Harmless Bacteria Ended Up Killing 18 People in Wisconsin