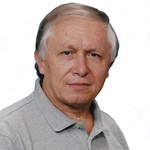 Employees have any number of other reasons for stress at work.

A recent column, “If Performance Governs Pay, More Workers Take Antidepressants” reminded me why I stayed out of the academic world. Its author took a 43-page article from a research journal (that ended with a five-page listing of previously published books and articles and 16 pages of statistics and graphs) and summarized it in 650 words.

The point of the original research was made in the first sentence of the abstract, where the authors claimed they had “the first evidence linking pay-for-performance (P4P) adoption by employers to long-term and serious mental health problems in employees.” Everything that followed supported the authors’ argument that pay for performance is bad for employees. In fairness, there has been an ongoing argument in academic circles that pay for performance is a bad idea, especially in government. Finally, here was the “proof.”

The research was based on experience at Danish companies that introduced some version of pay for performance between 1995 and 2006. The statistics show that after pay programs were changed, there was “a 4 to 6 percent increase in the usage of anti-depressant and anti-anxiety medication.”

The authors acknowledge they had no idea what version of pay for performance was introduced in those companies. The author of the Government Executive column, which was originally published on Futurity, added his own list: “bonuses, commissions, piece rates, profit sharing, individual and team goal achievements, and so on.”  He missed the more important change linking salary increases to performance, but his listing highlights a key point—the phrase “pay for performance” encompasses different practices. It would be important to know if the companies, for example, simply added profit sharing or team incentives.

The authors of the original research paper also acknowledge they have no knowledge of how many employees were affected by the policy changes. The article is silent on the type of pay policy adopted, the number and occupations of the employees (especially blue collar vs. white collar), how it was implemented, and if the new policy was seen as successful.

That dynamic is related to the staffing problem public employers have with new college graduates. Surveys show they want to work in environments where they will be recognized and rewarded for their progress and contributions. Government has to find ways to attract and retain young talent.

Interestingly, there is not a single reference to why Danish employers adopted pay for performance policies. The answer, of course, is that it raises performance levels.

The researchers’ argument rides on the notion that before pay for performance was introduced, the use of either of two medications (“benzo” or “SSRI”) to treat depression and/or anxiety was low—5.2 percent. Their statistics show that when the companies adopted a pay for performance policy, “existing employees become 0.29% more likely to use either medication.” That is less than one-third of 1 percent.

Over the same period in the United States, the use of SSRI medications (selective serotonin reuptake inhibitors) increased by roughly 50 percent. The use of benzodiazepines increased roughly 30 percent over that timeframe. Those data points suggest Denmark has better mental health than the United States.

Employees have any number of other reasons for stress at work. The pay freezes and minimal increases for federal workers over the past decade certainly appear to be a cause of stress. Staffing shortages are another. Last fall, the American Psychological Association reported that 65 percent of U.S. employees reported work-related stress.

It’s widely understood that many people do not react well to change. The researchers noted that workers over 50 had the most serious problems. That’s not surprising. Women apparently experienced more problems than men. That should be addressed in planning. The claim is that the change caused some people to resign, but that’s an educated guess. The new policy could have attracted increased applicants.

No assessment of pay for performance is useful unless it also includes an evaluation of how the change impacted performance, not immediately but two or more years post change.

Not all of the programs have been studied but a common thread is that agency leaders made the change a priority. David Walker’s role at GAO confirms that point. The commander at China Lake was reported to have told his reports, “If you have any questions or concerns, now is the time to voice them. But when you leave this room you will be supportive.” Tennessee’s governor played a similar leadership role. Managers at every level need to know they are accountable.

Not surprisingly, it's also important to have political support for the change. In 1990, countless meetings were held to discuss and build support for the relatively narrow changes in the Federal Employee Pay Comparability Act.

Experience in government and in other sectors also suggests that involving employees in the planning and implementation strengthens acceptance. That was important at the National Geospatial-Intelligence Agency for years and may still be true. It’s consistent with my experience. Everyone involved is aware of the ramifications if the project fails. They also know better than anyone what’s needed. With guidance, employees are a great resource.

With the most prominent pay for performance policy—linking performance ratings and salary increases—the focus shifts to the role of managers and to the performance management system. Credible ratings—not badly inflated ratings—are essential. When Tennessee made the transition, the state spent three years preparing managers and employees to use a new performance system based on individual goals. Agreeing on what’s expected is important at each level of management. The goal is to identify the high performers and the few performing at unacceptable levels. We know what’s needed for success.

Ideally ratings could be based on metrics but realistically there are few jobs where data alone captures what employees do. Plus, the performance expectations should vary by career stage—experienced employees should perform better—and by local circumstances. Relying on performance goals is a more defensible approach. Every employee should be able to state what he or she expects to accomplish.

An alternative for knowledge jobs, where accomplishments cannot be planned, is to base ratings on a profile of job-specific competencies. It’s employees’ expertise that defines their value.

Taking two or three years to prepare for pay for performance gives everyone time to develop new skills and for the employer to assess and fine tune new practices. Each year, managers and employees should be asked for feedback to improve the policy.

The interest in pay for performance is not going to go away. It’s central to raising performance levels.

Howard Risher is a consultant focusing on pay and performance.

NEXT STORY: How the Country’s Hottest Rental Market Is Trying to Cool Down