Pittsburgh’s chief innovation and performance officer, Debra Lam, says that getting a whiteboard for her office wall took six months.

She notes that while having a whiteboard is not critical, it’s still nice. The amount of time it took to get the board highlights one of the bigger adjustments she’s had to make since leaving behind her consulting career to head the city’s Department of Innovation and Performance.

“I’m probably still impatient, I’m still, at times, frustrated by how long things take,” she said during an interview last week. Referring to her effort to get the whiteboard Lam said: “I had to go through our standard procurement system and that process was pretty tedious.”

But Lam also pointed out that the city is working with a group of Code for America fellows on a procurement reform effort , which her department is helping to support.

Mayor Bill Peduto chose Lam for the newly created position shortly after he was elected in 2013 . She was charged with transforming a department which was largely focused on IT, called City Information Services, into the Department of Innovation and Performance.

“We basically created the department around her,” Peduto said in a recent interview.

As of February, the department was just one year old , but during that time, Lam and her team have carved out an ambitious new role for themselves within the government of Pennsylvania’s second-largest city. They are currently involved in about 90 projects, she said, which are wide-ranging in type and scope.

Working with the Department of Public Works they launched an online system for tracking snowplows last winter, which generated a flurry of attention . But Lam’s staff also has a part in looking at options for citywide LED streetlights, figuring out how to release more of Pittsburgh’s data online, digitizing paper records and piloting a Lean Six Sigma program.

Lam describes the old responsibilities of City Information Services as more along the lines of updating passwords and replacing old computers. So, within the department, the transition toward concentrating on innovation and performance was about more than a name change. It’s been a big deal. “It meant a massive cultural shift,” she said.

Although she’s a Pittsburgh native, Lam, who is in her early thirties, was a rookie city official there when she took the job as innovation chief. During her time in consulting, she advised governments. But she points out that “as a consultant your role only goes so far.”

One important difference, she noted, is that her new position stretches beyond making recommendations, into the realm of implementation.

The reimagined department involved changes on multiple fronts. It meant working out new relationships with other city agencies. It also meant that some department employees would need to take on changed and expanded responsibilities. And while Lam was a newbie in Pittsburgh government, some of her staff had over a decade of experience with the city.

So how did she begin shepherding her team through such a fundamental transformation?

Lam began by trying to figure out where the department stood. She said that during the first few months on the job she was “just listening, learning, observing, trying to understand the lay of the land.” She wanted to know the roles of different employees, their strengths and work interests. One of the things Lam found was that “we had some really strong core managers.”

Still, she said, there were projects that had inexplicably gone unfinished even though some were 80 percent complete. “You ask people why, and there’s no reason why,” Lam said.

As part a push for greater communication and accountability, Lam began holding a series of weekly meetings with the 10 managers in the department . 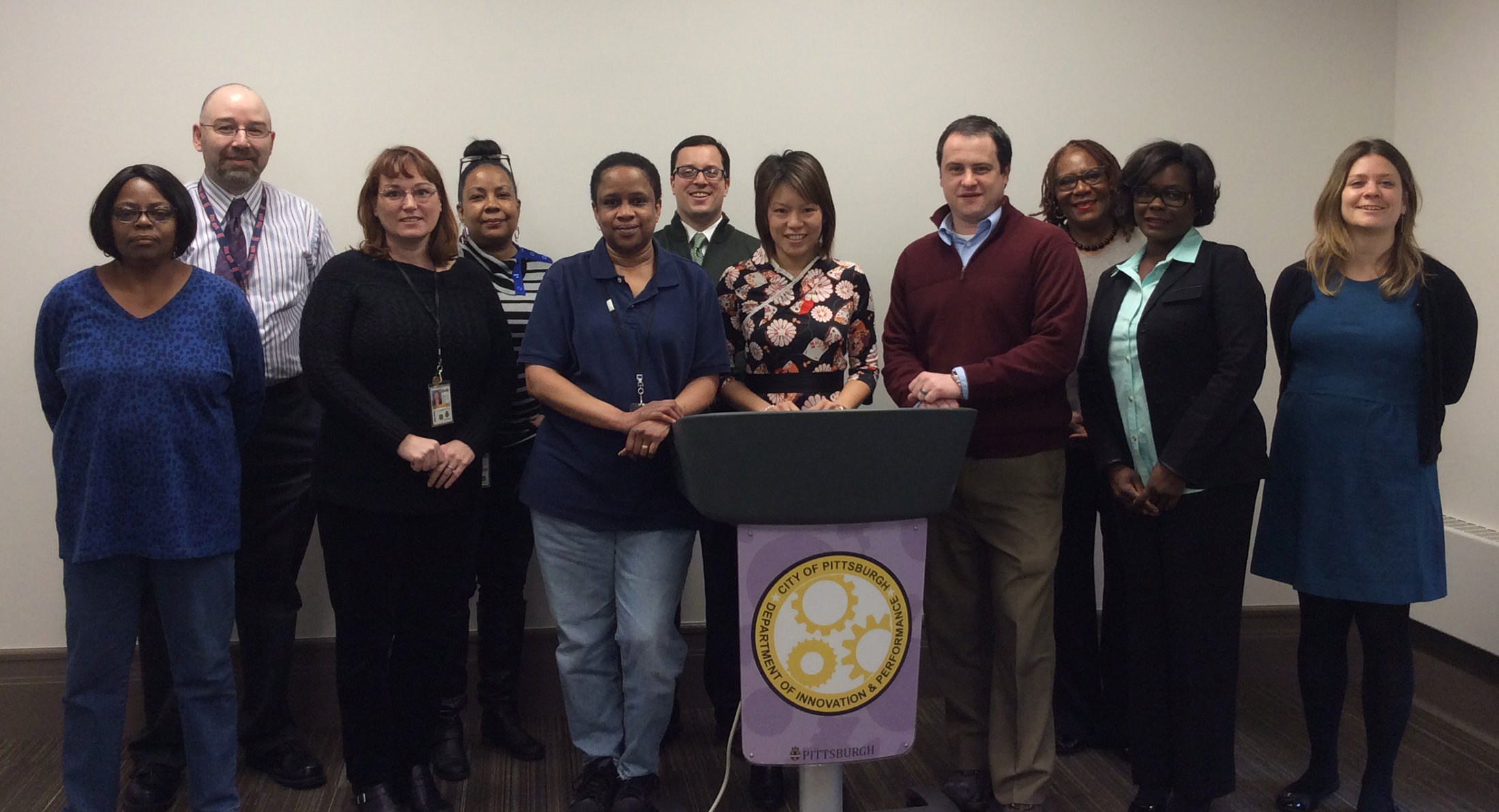 Debra Lam, center, with members of the Department of Innovation and Performance ( via City of Pittsburgh)

On Mondays, they get together to discuss day-to-day operations, “firefighting” as she calls it. During those sessions, managers let one another know what they’re doing, what their priorities are, and how their workloads look. On Fridays, there’s a strategic meeting. This is where the team focuses on long-term planning, budgeting, staffing, and the overall direction of the department.

There are also three project-level meetings spaced throughout the week that concentrate on the departments main focus-areas: technology advancement, performance excellence, and sustainable leadership. All 10 managers are assigned to one of those three areas and at these meetings they report on the progress of their projects.

The meetings are intended to keep all of the managers in the loop. “Everyone has a say,” Lam said. “Everyone talks.” She explained that these discussions are also meant to create “redundancy” within the department by avoiding “fiefdoms or silos.” If one manager is out sick, for example, another can jump in and take care of what needs to be done in their absence.

Performance matters. “Every manager is accountable,” Lam explained. “They know that there is a timeline and if they don’t hit that timeline, I will be asking questions.”

Despite that tough-sounding tone, she is quick to give credit to her team. “It’s amazing,” she said. “They know that we’re no longer reactive, we’re proactive at the strategy level.”

Although much of the work the department does is related to technology, Lam believes that it’s not “some sort of gadget, or software, or tool,” that can solve all of a city’s problems. Many of the tough civic issues facing the town are complex, and entrenched she said, the root causes are hard to find. So how do you solve these sorts of problems?

Providing online access to more of the city’s data is one of the bigger technology initiatives the department is currently working on.

Lam declined to offer specifics about which new data the city plans to release in the near term, other than some would include information from Pittsburgh’s 311 system. But she did say that, in her view, opening the data means more than just posting spreadsheets online.

“Our job is not only to release the data,” she said. “But to then make it visually compelling, make it searchable, make it easily accessible, and make it understood.”

“We should release the raw data, but it’s not sufficient,” she added. 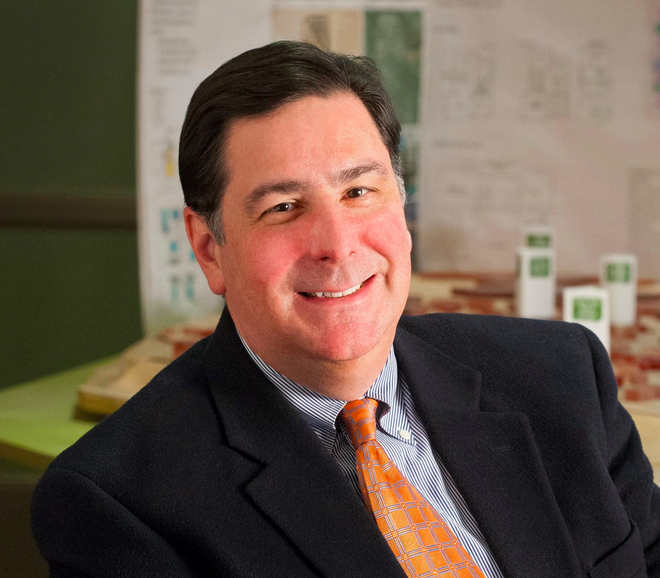 He believes that any new data the city releases should “make people more effective at solving their own problems in their own communities” and that it should be “readily accessible and easy to use” for regular citizens, like community group leaders, and Little League coaches.

Peduto is confident that Lam is the kind of person he wants helping to guide these sorts of projects for the city. “She has an ability to understand the adaptation of technology to change the way government serves people,” he said.

Depending on where a resident stands in Pittsburgh’s fast-changing economic landscape, the types of government services they see as important could vary. The city continues to see a technology boom . Anchoring the blossoming tech economy, are companies such as Google , and academic institutions like computer science powerhouse Carnegie Mellon University.

But neighborhoods like Homewood and the Hill District are fighting to find their place in the new economy. And citywide, 22.6 percent of people had annual incomes below the federal poverty level, according to the most recent available U.S. Census Bureau figures . That’s higher than the statewide figure for Pennsylvania, which is 13.3 percent.

The group works to build ties between underserved communities and the more innovative segments of the Pittsburgh’s economy through internship programs and other initiatives.

Generett said that Lam gets this. “A big thing that she’s done is really made it known that if our city is going to be the city it has the potential to be, we’re going to have to figure out how a lot of the progress we’ve made because of innovation can incorporate more people,” he said.

“That’s big,” Generett added. “That hasn’t happened in the past.”

Asked about the types of initiatives the department was pursuing to serve the city’s poorer communities, Lam pointed to a number of efforts that are in the works to increase Internet access. These include a push to set up wireless connections in places such as senior centers and recreation centers, as well as weighing options for local Internet networks that would be owned and operated by communities.

Lam notes that Pittsburgh has a history of resilience during tough times. “We went through an enormous downfall when [the] steel [industry] left,” she said. “Today we’re known for education, health care, technology.” Lam added: “We’ve been able to transform ourselves.”

NEXT STORY: How Micropolitan Areas Can Capitalize on Natural Advantages