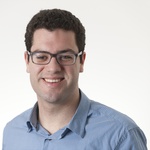 Republicans want to stop the FCC from preempting state laws.

The vote is a warning shot at the Federal Communications Commission, which has been mulling taking action against states that restrict municipal broadband service.

Rep. Marsha Blackburn, a Tennessee Republican, spearheaded the amendment that would bar the FCC from using any funds to prevent states from imposing limits on city broadband. The amendment, which is attached to a fiscal 2015 spending bill, passed mostly along party lines in a 223-200 vote.

Blackburn's home state of Tennessee would be a likely first target for FCC action.

Chattanooga, Tenn., has rolled out a high-speed fiber Internet network for its residents. The service, called "Gig City," offers speeds about 50 times faster than the national average for about $70 per month.

A state law, however, is keeping the city from expanding the service to other communities that want it, according to the city's mayor.

In a blog post last month, FCC Chairman Tom Wheeler said broadband projects like the one in Chattanooga are bringing new competition and spurring economic growth. He argued that local governments "shouldn't be stopped by state laws promoted by cable and telephone companies that don't want that competition."

"I believe that it is in the best interests of consumers and competition that the FCC exercises its power to preempt state laws that ban or restrict competition from community broadband," he said. "Given the opportunity, we will do so."

Telecom and cable companies have been lobbying for the state restrictions around the country, arguing that it's not fair for them to compete with government-owned Internet providers.

Republicans argue the federal government shouldn't preempt state decisions on the issue and that the projects often waste taxpayer money.

NEXT STORY: Who Threw Martin O'Malley Under the Bus for Defending Immigrant Kids?