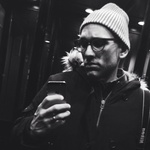 By Alexis C. Madrigal,
The Atlantic

By Alexis C. Madrigal,
The Atlantic

As the outbreak spreads, state websites are still some of the best sources of information on how many people have been tested.

Every piece of data we currently have about the novel coronavirus is imperfect and incomplete.

Almost three weeks after the first confirmed case of community spread—a patient who had not traveled anywhere with known cases or had contact with anyone known to be infected—the Centers for Disease Control and Prevention still is not publishing state-level data about how many people have been tested for the virus.

As a result, The Atlantic has been maintaining the Covid Tracking Project, the only source of state-level testing data through time, in collaboration with the data scientist Jeff Hammerbacher and a team of volunteers. That work has taught us how to read the different types of numbers that are trickling out of local, state, and federal agencies. The project has been able to track just over 8,000 people tested in the United States, where there are more than 1,000 cases of COVID-19, the disease caused by the coronavirus. Our number, too, is imperfect, but it allows us to better understand the scale of the country’s response to this pandemic.

These numbers, if anything, are an undercount, the magnitude of which is unknown. The extremely limited testing capacity of the U.S., combined with restrictive testing criteria, has curtailed the number of people who should be tested. How dramatic is the undercount? One analysis from Cedars-Sinai suggested that 9,000 people had the virus already on March 1. In Seattle alone, a separate analysis of viral genomes suggests that there may have been 600 cases on March 1 in that city alone, comparable to the number of cases in the city of Wuhan, China, the putative epicenter of the pandemic, on January 1.

The CDC is releasing some data on testing for the virus. The agency says that 11,079 specimens have been tested. As a rule of thumb, we’ve heard from experts, two specimens might be tested from a single patient; that may be changing. Suffice it to say, by the CDC’s numbers, 11,000 would be the absolute highest bound of people tested through March 9, and we know that the number of people tested is actually lower. To have an accurate read on the outbreak’s severity across the U.S., doctors would probably need to be testing tens of thousands of people a day. That’s why we say the current pace of testing is, without a doubt, too low.

Many states now have known coronavirus cases—Johns Hopkins University’s reliable and quick tracker has documented, at writing, up to 1,323 in the U.S. Colorado now has a troublingly high number of cases for a state its size; Iowa, too, has seen cases rise as it’s brought testing online. The truth is: The coronavirus will be discovered in every state over the next few days.

All that to say, you’ll probably be checking your state’s public-health-department website soon. If you’ve been to a state public-health website, you may have noticed that it is difficult to navigate, and the numbers it provides are hard to interpret. The Covid Tracking Project has built a state-by-state guide that we have been using to enter data, and we’ve shared it publicly.

The main thing to do is orient yourself, so you know where to find the numbers. It’s different for every state. Most post a table, some write them in text, still others generate a PDF, as Massachusetts does. We’re encouraging states to publish and update a table of data, and have seen promising changes from many states, including New Jersey, Louisiana, and Colorado.

Once you’ve found the data, though,you need to understand, generally, some crucial terms to parse what you’re looking at.

While our collaborative work at the Covid Tracking Project is useful for seeing the outbreak across the nation, we have not attempted to give county-by-county numbers, which you’ll find only on public-health-department websites.

Some states and counties also report how cases were contracted. Someone who flew from in Italy and then quarantined is different from a “community transmission” case, where someone picked the coronavirus up in Seattle or New Rochelle, New York. This is significant because if you have high numbers of community-transmission cases, you will almost certainly be seeing many more cases soon. As the outbreak spreads and grows, the numbers that all levels of government share will be crucial to understanding the dangers the coronavirus poses to our communities. This sketchy picture of the virus's current spread is the best current gauge of what to expect next.

Alexis C. Madrigal is a staff writer at The Atlantic and the author of Powering the Dream: The History and Promise of Green Technology.