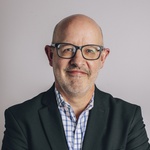 Route Fifty’s parent company continues to expand its portfolio of information and services for state and local government leaders.

City & State New York, based in New York City, was created by Tom Allon, one of the founders of The Hill newspaper in Washington, D.C. City & State New York began in 2006 as a monthly newspaper called City Hall that covered New York City government. In 2011, CSNY launched a weekly publication covering all of New York State, created its popular daily e-newsletter First Read, and started a monthly events series.

Allon has more than three decades of experience in New York’s media world. He started his career in 1986 as the editor-in-chief of a weekly newspaper, The West Side Spirit. He then became the publisher and vice president of a public media company, News Communications, which owned 23 publications in the New York metropolitan area and Washington, D.C. In 2013, Allon was the Liberal Party candidate for mayor of New York, but eventually dropped out of the race.

With the acquisition, Allon will become publisher and general manager of City & State New York. He will focus not only on CSNY, but on developing plans to bring its publishing model to other locations.

“Together we will explore ways to expand City & State properties in cities across the country,” said Hartman. “By combining this with the exceptional journalism at Route Fifty and the data and insights from our recent acquisition of The Atlas for Cities, we have built a suite of tools for government leaders that doesn’t exist anywhere else in the public sector.”

The Atlas is a digital platform that provides a community for local government leaders to exchange ideas and best practices.

“It is our mission to deliver the highest-quality journalism and analysis to our loyal readers,” said Allon. “In GEMG, we have found a like-minded partner who can provide infrastructure and funding to accelerate our growth in New York State as well as into new markets.”

Initial areas under consideration for City & State expansion include California, Florida and Texas.

NEXT STORY: Some Pandemic Protections for Consumers Could Become Permanent