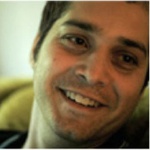 By Conor Friedersdorf,
The Atlantic

By Conor Friedersdorf,
The Atlantic

COMMENTARY | Once the fires are out, what is the best way to secure justice?

Over the weekend, Representative Ilhan Omar, a left-leaning Minnesota Democrat, lamented, “Every single fire set ablaze, every single store that is looted, every time our community finds itself in danger, it is time that people are not spending talking about getting justice for George Floyd.”

Once the fires are out, what is the best way to secure justice? The most promising national debate about Floyd and policing reform would reflect three realities: large majorities of Americans oppose riots; the public is deeply divided in its attitudes toward policing and race; despite those disagreements, large majorities favor specific reforms that would reduce police killings.

Opposition to riots is broad. On the 25th anniversary of the 1992 Los Angeles riots, Gallup noted that 73 percent of white Americans and 92 percent of black Americans believed that the not-guilty verdict in the trial of the police officers who beat Rodney King was unjustified, but that “nevertheless, 75% of blacks joined 79% of whites in calling the violence unjustified.”

What I see happening on the streets of Atlanta is not Atlanta. This is not a protest … This is chaos. A protest has purpose. When Dr. King was assassinated, we didn’t do this to our city. So if you love this city, this city that has had a legacy of black mayors and black police chiefs and people who care about this city––where more than 50 percent of the business owners in metro Atlanta are minority business owners––if you care about this city, then go home.

You’re not honoring the legacy of Martin Luther King Jr. and the civil-rights movement. You’re not protesting anything running out with brown liquor in your hands, breaking windows in this city. T.I. and Killer Mike own half the west side! So when you burn down this city, you’re burning down our community. If you want change in America, go and register to vote. Show up at the polls. That is the change we need in this county. You are disgracing our city. You are disgracing the life of George Floyd and every other person who has been killed in this country. We are better than this. We’re better than this as a city.

On Saturday, Omar held a press conference in Minneapolis during which she inveighed against rioting and discussed the hard work of so many in the community to build minority-owned businesses in the Lake Street corridor—where some of those same businesses had just burned. “We can be angry; we can ask for justice; we can protest; we can take it to the streets. What we cannot do is start a fire,” she said. “If you care, again, about black lives, you cannot set a fire in Minneapolis risking black lives.”

Americans who abhor riots do so for good reason. When a protest descends into violence, the people who had gathered to advance justice nonviolently are invariably robbed of the ability to define events.

A riot may begin as the language of the unheard. But it quickly enables nihilists and sadists to inflict pain with unusual impunity. The victims might include protesters, bystanders, and journalists struck with a needless baton strike or stream of pepper spray, elderly people who mourn the destruction of the only pharmacy in their neighborhood, and terrified immigrants who lament the burning of their livelihood. As fires are set, as chaos spreads, people on the sidelines grow scared, and outraged. Support rises for tough “law and order” tactics, curfews, and even martial law.

The way to successfully change the system is not to shrug off the harms of rioting, let alone praise it, as some have done on social media—as if what’s burning is “late capitalism” or “a corrupt system” rather than the hopes, dreams, and sense of safety of innocent Americans. And it doesn’t help to set up a false binary that “the story” is either “violent protesters” or “police violence.”

The results of a poll conducted May 29 and May 30 by YouGov and Yahoo News do suggest, though, that police-reform advocates can win huge victories quickly if they choose the right battles.

That’s extraordinary––super majorities in favor of broad reforms specifically targeted to reduce unjust killings. Where do Americans disagree? As of May 30, “wide majorities of Republicans (73 percent) and whites (57 percent) see the unrest in Minneapolis as ‘mostly violent riots.’ Only a third of Democrats (33 percent) and black Americans (32 percent) describe the events that way.”

Emily Ekins’s polling work with the Cato Institute in 2017 underscored that Americans with sharply differing attitudes toward police and policing can still agree by overwhelming majorities on specific reform measures.

“Although whites (57 percent), blacks (36 percent), and Hispanics (49 percent) disagree about whether police are held accountable for misconduct in practice, strong majorities of all three groups support reforms intended to enhance accountability,” she wrote.

“For instance, 79 percent of Americans support having outside law enforcement agencies investigate police misconduct, rather than leave it to the department to handle in-​house (21 percent).”

Prudent leaders will focus the country not on polarizing puzzles such as the nature of white supremacy or the right degree of trust in police, but on practical reforms that will save innocent lives.

This doesn’t mean that every substantive change on the activist wish list is on the table.

“Asked whether they would back cuts in funding for police departments, 65 percent of Americans said no,” the YouGov survey found. “Just 16 percent said yes—a number that held steady across party lines, with Democrats at 16 percent, Republicans at 15 percent and independents at 17 percent.” The proposal failed to achieve majority black support, with 33 percent in favor.

In Saturday’s press conference, Omar spoke of legislation she plans to introduce in Congress. “I am working also to establish an independent federal agency with the responsibility and authority to investigate all officer-involved shootings and uses of force that result in death and bodily injury,” she explained. “This is an agency that would be on call for 24 hours a day, 365 days a year.” Minnesota State Senator Jeff Hayden, who spoke at the same press conference and denounced rioting in similar terms, also said, “In the legislature, we are going to introduce bills that will have systemic change on how we hire police, how we screen police, how we prosecute police, who is going to be liable for their malfeasance and misconduct—all of that is going to happen.”

If activists focus on proposals such as these, they might just achieve lasting change. If they choose or are dragged into a national debate that centers the propriety of riots, or abstract attitudes about policing, or white supremacy, or critical race theory, they are far less likely to achieve the urgent reforms that could reduce the frequency of police killings and brutality.

Conor Friedersdorf is a California-based staff writer at The Atlantic, where he focuses on politics and national affairs.

NEXT STORY: Minnesota Presses for Oversight of Minneapolis Police—Will Other States Follow?