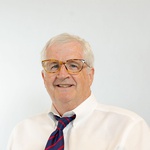 Women- and minority-owned companies are said to suffer the most.

Small-business contractors—those with ongoing commitments to supply agencies with everything from toolboxes to emergency meals to construction materials—are facing their own frustrations over the partial government shutdown. Some are among the employers least able to cope.

Websites of the agencies they typically deal with (the Defense, Veterans Affairs and Health and Human Services departments have funding) are plastered with special messages: “As a result of a temporary government shutdown, portions of this website are not being updated at this time,” says the General Services Administration.

The Small Business Administration notes that “Parts of the U.S. Government are closed. This site will not be updated; however, information about disaster assistance is available.”

And over at the Federal Emergency Management Agency, visitors are referred back to the Homeland Security Department for updates on the “lapse in funding.” On Dec. 26, FEMA posted a notice on FedBizOpps containing a list of contracts that are “non-exempt” from the shutdown and hence suspended.

But this week, FEMA added on its website, “The contracting officer for each affected contract will provide appropriate notice to the contractor counterpart in accordance with the terms and conditions of the affected contract. The notice will contain the direction necessary to adjust the contract due to the lapse in the appropriations. Any specific questions regarding your contract should be directed to your contracting officer.”

On Jan. 19, DHS acting chief procurement officer Nina Ferraro published a letter to industry acknowledging “a reduction in the government's capacity to administer DHS contracts. As a consequence, certain planned procurements may be cancelled or postponed and certain existing contracts may be delayed, stopped, reduced in scope or terminated. Additionally, contract invoice payments may be delayed,” it said. “Unless the contracting officer provides a formal notification to the contrary, all DHS contractors must continue to comply with all terms, conditions, requirements and deliveries specified in their contract(s).”

What it adds up to, according to Aaron Broaddus, a senior legal analyst at Wolters Kluwer Legal & Regulatory U.S., “is a huge impact on manufacturing and other contracts that are performance-oriented. If a contractor has not been issued a stop-work order, they have to continue to perform,” he told Government Executive.

“If you’re making something or building something, at some point you need some direction from a contracting officer,” he said, citing as an example the manufacture of an article that must be tested. The company “can’t just go ahead and make a bunch of the stuff, because that’s not what the contract allows,” he said. “So if there’s no one around to provide [the approval], what do they do? There are delays, and costs involved—is the government on the hook or not?” Broaddus asked. “There is likely to be a lot of dispute and litigation related to this.”

Lourdes Martin-Rosa, owner of the Government Business Solutions, a professional services firm that consults for many women and minority-owned firms, said the shutdown “is affecting small businesses across the board, even myself, with certain contracts not being paid. We can only withstand it on the payroll for so long,” said Martin-Rosa, who recently met with senators on the Small Business and Entrepreneurship Committee to make her case.

Also, rising entrepreneurs at women-owned, small disadvantaged, HUBZone and service-disabled veteran-owned small businesses with whom she works in her counseling are being delayed in getting their leadership certifications to qualify for federal contract set-asides, she told Government Executive.

Gloria Larkin, the procurement adviser to American Express, said that women- and minority-owned firms “do get hit harder” during a shutdown, as they have fewer alternatives than large contracting firms. “What we’ve seen happen is that especially if you’re a sub-contractor, it’s not unusual for a prime contractor to protect their employees if a contract has been reduced but not eliminated. The prime will have their employees do the work and put the subcontractor employees on hold until the full workload resumes.”

Larkin stressed, however, that “entrepreneurs are very adaptable to whatever the situation is. They can shake it off” and continue to move forward with “market outreach,” she said. Agencies that are open have continued to post the so-called “Sources Sought Notices,” she said, and “it’s imperative that contractors continue to answer the ones set aside for women-owned” and other program claimants.

American Express has “hit a pause button” during the shutdown to do research on the agency personnel who are not reachable right now, she said.

The “uncertainty” of the situation, Larkin added, does not instill confidence in contractors that the larger work will continue.

On Tuesday, Democrats on the Senate Small Business and Entrepreneurship Committee wrote to SBA Administrator Linda McMahon saying, “We are concerned that the current government shutdown is preventing small businesses from accessing much needed capital through the Small Business Administration’s 7(a) and 504 Loan Guaranty Programs and that the growing backlog of applications will create long delays for loan approvals once the agency reopens.”

They asked McMahon to outline the steps her agency is taking to minimize the damage.

Charles S. Clark is a Senior Correspondent at Government Executive, which originally published this article.

NEXT STORY: The Unprecedented Surge in Fear About Climate Change