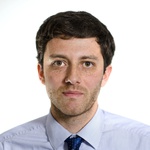 The decennial count is ahead of schedule overall, but a condensed schedule and hiring shortfalls are creating significant risks.

A confluence of factors are threatening a “major institutional defeat” as the Census Bureau begins to wrap up its decennial count, according to a government watchdog, with the risks being exacerbated by the Trump administration's compressed schedule to deliver results.

Census’ decision to move up its deadline to complete the enumeration by one month to the end of September and to deliver apportionment data by the end of the year in the midst of a global pandemic risks an incomplete and inaccurate count, J. Christopher Mihm, managing director for strategic issues at the Government Accountability Office, told lawmakers at a hearing on Thursday. John Thompson, who led the Census Bureau from 2013 through 2017, added that he was concerned about the new deadlines, saying the agency was on a “scary” course that could lead to poor data quality and severe undercounting among minority populations.

In a positive development for the bureau, Census is ahead of schedule in its non-response follow up counting, having completed 70% of that work. It had expected to have finished just 62% by this point. Mihm stressed to the House Oversight and Reform Committee the decennial count is a local operation, however, and one-in-five of the 248 area census offices around the country are behind schedule. With about three weeks until it wraps up its work, Census has already counted more than 98% of households in some states and closer to just 80% in others.

The bureau is currently operating under a federal court-issued temporary restraining order preventing it from taking steps to wind down the count following a lawsuit seeking to block Census’ new schedule. The order will remain in place until at least a court hearing next week. Rep. James Comer, R-Ga., the top Republican on the oversight committee, generally praised Census for the work it has completed on a condensed schedule and noted the agency would be forced to violate its statutory obligations to deliver data by the end of the year if the court extends its injunction.

Whether or not the deadlines are delayed, Mihm assured lawmakers Census will deliver a count by its deadline.

“The question is, and the risk is, what will be lost?” Mihm said. “Will it be less than acceptable in terms of completeness and in terms of accuracy?” He added that historically every decennial count has improved upon the previous iteration, a pattern now put in question by a “perfect storm” of factors. “The great worry now is whether or not this is a Census that takes a step back due to the compressed timeframe, due to COVID-19 and due to the other challenges they are running into,” he said.

Mihm particularly flagged the risk for Census to fail to count the final 2%-3% of households that are the hardest to reach, calling it something the bureau “needs to work on and something that will be very difficult for them to do.” Typically, he said, Census would spend the final four weeks of its count going after almost exclusively that final 2%. If the agency fails to capture those individuals this year, it would mark an “unsuccessful” count: “That would be a major institutional defeat for the Census Bureau,” Mihm said.

Thompson identified several specific risks threatening the bureau, such as making an insufficient number of trips to “hard to count” communities and an over-reliance on typically less accurate proxy interviews in which door knockers talk to neighbors, landlords and others to ascertain information about a household. Census may be forced to accept a higher number of incomplete responses, he said, or use administrative records to fill out information. The former director cautioned the data quality could be hindered, especially as the schedule for processing the information after enumeration is truncated.

In July, when asked about meeting the Dec. 31 deadline, Al Fontenot, associate director for decennial census programs, said, “We are past the window of being able to get those counts by those dates at this point.”

The bureau is also facing a staffing crisis, as it remains about 80,000 employees short of its hiring goal. As of the end of August, seven area census offices were less than halfway to their goals. The Commerce Department inspector general also released a management alert this week detailing 76 reported instances of violations to Census’ COVID-19 safety protocols. The allegations from employees included noncompliance with mask directives, distancing policies, personal protective equipment distribution and quarantine requirements after testing positive for the coronavirus.

Census had originally planned to wrap up its door knocking effort at the end of October and to deliver data in April, requesting permission from Congress to do so. While the House passed such a provision, the Senate never took it up and the bureau opted to alter its deadlines to conform to existing laws. Democratic lawmakers stressed the importance of quickly passing extension legislation while Republicans said their counterparts were launching politically motivated criticisms.

Rep. Jackie Speier, D-Calif., asked Mihm whether the challenges presented by the condensed schedule would “increase the risk of inaccuracy and completeness of the Census.”

“The short answer is yes,” he said.

Eric Katz is a senior correspondent for Government Executive.