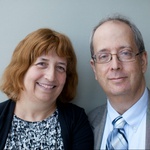 COMMENTARY | A soon-to-be released survey reveals some surprising findings about local and state public sector employees’ struggles and how helping them feel connected to each other can reduce burnout.

While the concept of worker burnout, both in the public and private sectors, has been around for decades, in the spring of 2019, the World Health Organization drew national attention for its recognition of the syndrome as an “occupational phenomenon,” related to “workplace stress that has not been successfully managed.”

This prescient decision would be reflected a year later as the coronavirus pandemic resulted in state and local government workers across the country exhibiting burnout symptoms, including emotional exhaustion, energy depletion and feelings of reduced professional efficacy.

The heightened recognition of burnout brought the issue out of the realm of anecdote and put the focus on ways to alleviate its symptoms. “There are real systemic challenges that we need to face. We need to rethink our workplaces so we don’t create work conditions that might cause burnout or exacerbate burnout,” says Elizabeth Linos, director of the People Lab, which was started about two years ago at the University of California, Berkeley to focus on cutting-edge research on public sector employees.

When the pandemic hit, People Lab jumped in and began to consider ways it could help evaluate the impact on workers, understand the scope of burnout and develop tools to help.

Its first findings come from a survey that was fielded early in the pandemic, in late April and early May in one mid-sized city and one western state, with responses from more than 6,000 employees. (Researchers agreed to keep the names of those entities confidential.)

The survey has not yet been published, but Linos shared preliminary results with Route Fifty. The most surprising finding? While it might have been expected that burnout would be largely the province of workers at the front lines in fighting the pandemic, like nurses, it turned out that it’s a significant problem in many government jobs: 33% of all respondents showed symptoms based on a widely-accepted scale that measures burnout. The People Lab survey also found that people experiencing pandemic-era burnout were less likely to make an extra effort on the job when needed and less likely to show organizational pride.

An additional concern for government employers was revealed in a just-released study by the Center for State and Local Government Excellence. In October, 31% of state and local employees polled said that their experiences in working while Covid-19 ravaged the nation, has encouraged them to consider quitting. In May, earlier on in the pandemic, 20% indicated that they felt that way.

The People Lab survey found that people experiencing financial insecurity were particularly vulnerable to burnout, as were workers redeployed during the pandemic. But employees working from home were no more likely to experience burnout than those who were working in central office settings.

When People Lab fields its next survey in the first part of 2021, some of the results may change, particularly among remote workers. The importance of social connections and having a sense of belonging suggest that burnout may start to show up more strongly among people who are working from home, particularly those who live by themselves.

Ned Rousmaniere, Employee Assistance Program-Organizational Health consultant in the Minnesota Office of Management and Budget, notes that while the early months of the pandemic may have been both frightening and confusing to public sector workers, there was also the excitement of working in a new environment in which many new skills needed to be learned. But that excitement has worn off. “What I’ve observed since July is that there’s more of a slog and in a northern climate, winter is coming and it’s hard to be penned up inside,” he says.

Employees were also more likely to experience burnout if they lacked a strong feeling of social belonging in their work environments—a belief that they had someone to talk with about problems and a sense of being connected with peers at work. For individuals who lacked those connections, 46% showed burnout symptoms, according to People Lab researcher Brenda Sciepura. That compared to 24% of respondents whose workplace connections were solid.

“We need to start thinking about this as a question of inclusion,” says Linos. “We can’t change overwork or low pay easily, but we can change levels of belonging and social support. That’s something a government agency can work towards.”

What’s to be done to help state and local government employees in this difficult time? One trend has been to market already existing Employee Assistance Programs (EAP) to let employees know counseling help is available to deal with problems they’re experiencing.

Webinars are supplementing available counseling services in order to reach more employees in need of validation and strategies to get through difficult times. The Colorado State Employee Assistance Program, for example, ran 116 webinars from April 1 to December 4, 2020, compared with 34 during the same period in 2019.

“Anecdotally, I see people are struggling to understand what their role and place is,” says Janeen Haller-Abernethy, director of Colorado’s EAP program. “Whether they’re focused on the pandemic or whether they’re focused on racial injustice or a mixture of both, people struggle around what they can do and may feel kind of helpless to do anything.”

A new emphasis is also being placed on fostering a sense of belonging and connection in the workplace—even when employees are no longer gathering in the same office at the same time. North Carolina has been helping its virtual workers by promoting video coffee breaks and other social gatherings that involve non-work conversation.

In Colorado, many agencies have been using so-called pulse surveys: short occasional check-ins with employees to hear about their concerns and feelings of well-being. Agencies can then seek ways to deal with the problems they discover.

State of Minnesota leaders are being encouraged to take care of their workforces for the “long haul” as the pandemic continues. This means checking in regularly with employees and making sure that time is provided for socializing and building team connections.

“We’re working with groups of people in the workplace to talk about compassion fatigue, burnout and managing competing demands, says Darrow Brown, director of the EAP in Washington state. “This is less a speaker talking to the group and more about the members of the group talking with one another, sharing experiences, brainstorming about supporting each other and talking about ways to practice better self-care.”

NEXT STORY: Public Transit Has to Come Back